Staging 21st Century Tragedies: Theatre, Politics, and Global Crisis is an international collection of essays by leading academics, artists, writers, and curators examining ways in which the global tragedies of our century are being negotiated in current theatre practice.

In exploring the tragic in the fields of history and theory of theatre, the book approaches crisis through an understanding of the existential and political aspect of the tragic condition. Using an interdisciplinary perspective, it showcases theatre texts and productions that enter the public sphere, manifesting notably participatory, immersive, and documentary modes of expression to form a theatre of modern tragedy. The coexistence of scholarly essays with manifesto-like provocations, interviews, original plays, and diaries by theatre artists provides a rich and multifocal lens that allows readers to approach twenty-first-century theatre through historical and critical study, text and performance analysis, and creative processes. Of special value is the global scope of the collection, embracing forms of crisis theatre in many geographically diverse regions of both the East and the West.

Staging 21st Century Tragedies: Theatre, Politics, and Global Crisis will be of use and interest to academics and students of political theatre, applied theatre, theatre history, and theatre theory.

Special thanks to Anestis Azas for letting us use a snapshot from his production of the Republic of Baklava as our cover image. Credit: Pinelopi Gerasimou. 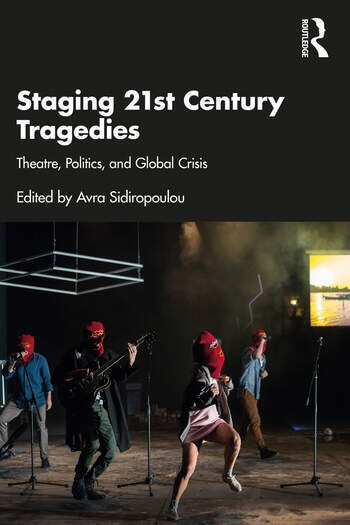