Total Eclipse was premiered at the Experimental Stage of the National Theater of Greece during the Empty Space festival of contemporary Greek plays in May 2003. It was produced by the theatre group 361 degrees, in collaboration with Persona Theatre Company.

The routine life of three people, namely, of a man, his wife and her sister, is trapped between reality and desire in what appears to be an erotic triangle. The triangle, however, is also the form that the writer has chosen to express his existential concerns. The seemingly banal world of the three characters is in constant conflict with secret thoughts and obsessions, as reflected in their own shadows. The latter, present on stage at all times, intervene at their own will, thus unveiling dreams, fears, memories, in effect, the main characters' subconscious. As such, they torment them through a play, in which reality and its double alternate, deeply penetrating the unfolding of the action.

In the production, both set and lighting design, abstract and suggestive, successfully becomes the perfect vehicle for the play's ambiguities. 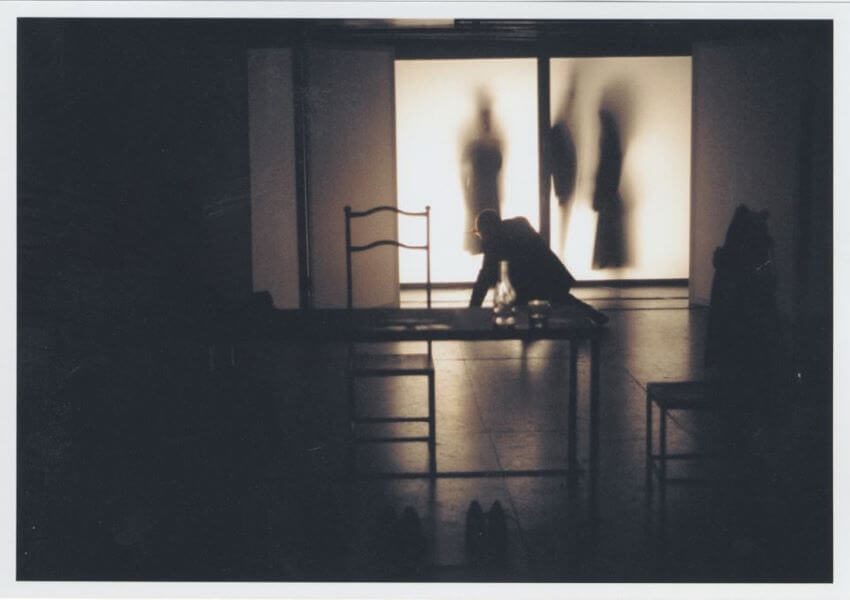