Adapted and directed by Avra Sidiropoulou, this was a co-production of the Bald Theatre of the Aristotle University’s School of English and Persona Theatre Company.

In Tell-Tale Hearts, short stories and novellas of the great American writer and poet Edgar Allan Poe acquire dramatic form: Poe’s infamous moments of mystery and terror alternate with irony and play, drawing viewers into an experiential journey, inviting the audience to discover the darkest, and most human aspects of its own nature. Performed in English, the show wished to expose the innermost aspects of human existence, which unfold through such familiar stories, as The Fall of the House of Usher, The Cask of Amontillado, The Oval Portrait and the Tell-Tale Heart.

In collaboration with four students of the Fine Arts Department of the Aristotle University of Thessaloniki, who contributed four original portraits to the show, to depict each of the main four protagonists of the piece, the ambition was to create a “total theatre” space, to accommodate the fascinating ambiguities of Poe’s sinister world. 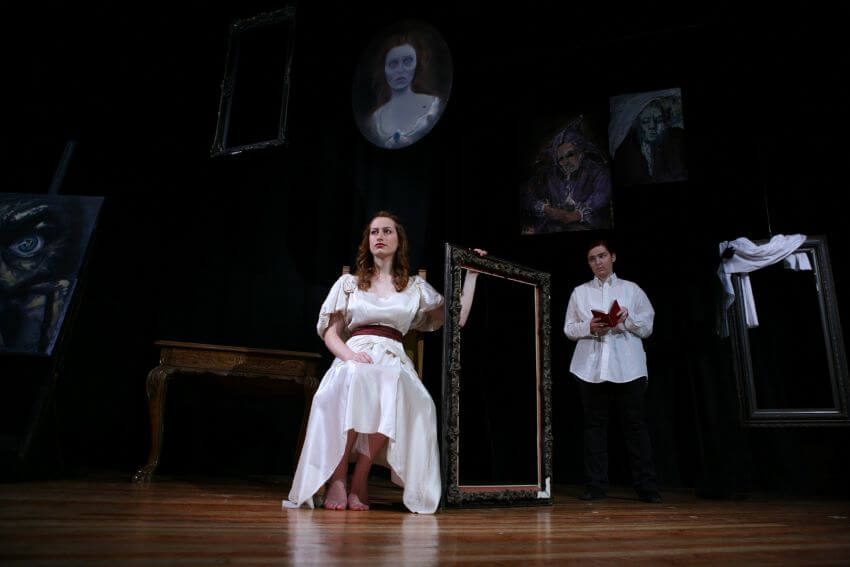