Produced by Persona Theatre Company, Fyodor Dostoyevsky’s novella A Meek Girl (1876) was adapted for the stage in a multimedia version at Studio Mavromichali, Athens, in 2012, starring acclaimed Greek actor Nikos Giorgakis, in the role of a lonely embittered pawn maker, who has to come to terms with himself and the world around him. The novella was originally inspired by a real incident in Russia. It tells the story of a pawn maker, committed to making money, who eventually and through a single tragic occurence, challenges the truth of his long-held philosophical and moral beliefs.

Just like in Dostoyevsky’s Notes from the Underground, here too, the story’s anti-hero has distanced himself from everything human, while simultaneously seeking to establish contact with others, albeit in unorthodox ways. In his attempt to grasp what has just happened to him, the protagonist relives moments of his shared life with his young wife, Maria Borisova, constantly mixing fantasy with reality, building up to what feels to be an inevitable, heart-chilling ending. 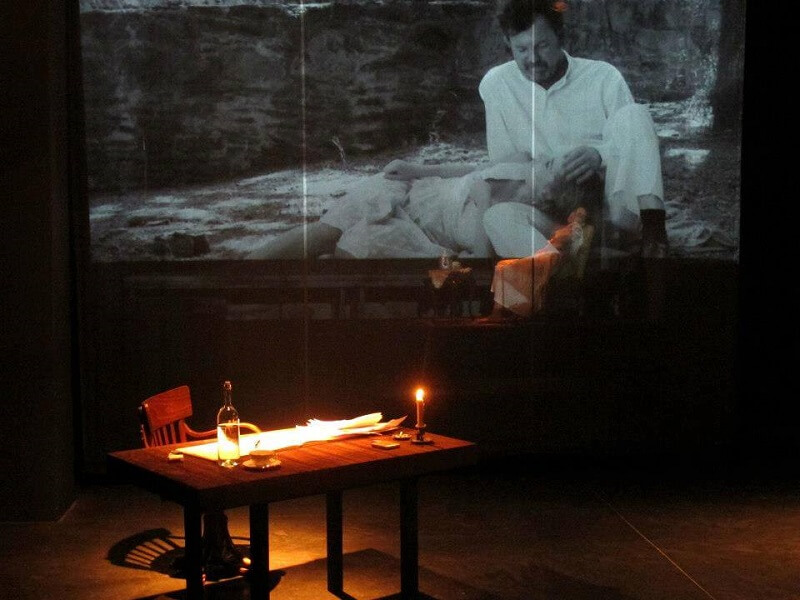