This multi-media project combines an imagistic, poetic text with original animation by Silo 1 and an original musical score by Vanias Apergis, supporting Persona’s faith in theatre as a total work of art.

And God Said takes place in a time-less, a-local space. It is happening within a post-apocalyptic setting, where the irredeemable catastrophe has swept away all meaning, memory and time as a shared past and imagined future. Stranded in this landscape are a man and a woman with a baby. Unable to communicate, since all the parameters of sense and of personal and interpersonal history are erased, the man and the woman hold fast onto the baby as their ultimate existential reference. The baby, who must be fed when all resources of nourishment and of sense have been pulverized, becomes the living picture of human defencelessness. A picture more than ever pregnant with meaning in the days of a nearly complete ecological dissolution of our world.

*The production participated in the 28th International Fadjr Festival in Tehran in January 2010, after being officially invited. The last the last scene of the play was performed in Farsi by Iranian actor Mohsen Abolhassani. 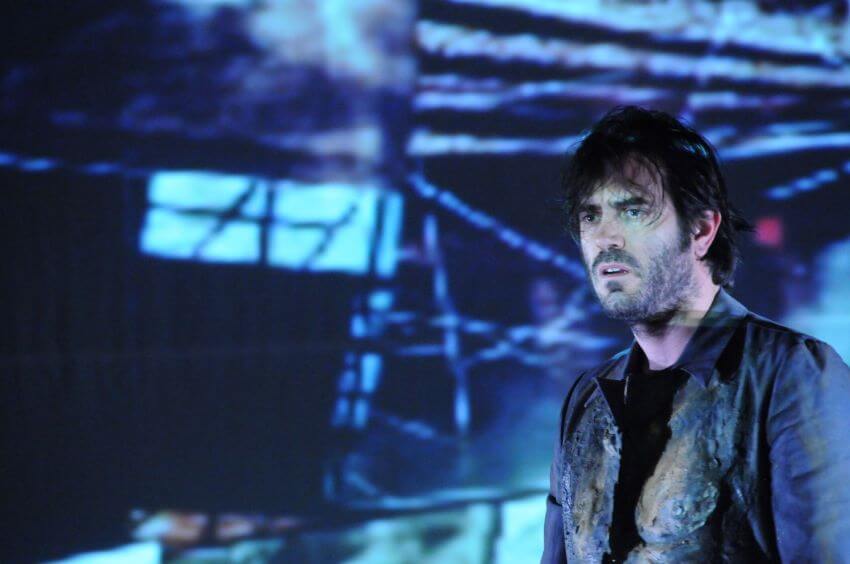