Frozen was presented by Skala Theater in Larnaca and Nicosia in 2020.

This groundbreaking play – written by Bryony Lavery in 1998 – seems to be more relevant than ever, tracing as it does the multiple forms of a major social problem× the sexual abuse and murder of a ten-year-old girl by a serial killer. The play is a unique study on the anatomy of crime, a thorough penetration into a killer’s disturbed mind, a presentation of the emotional suffering of a mother who loses her young child, as well as an attempt to scientifically investigate the neurological abnormalities in a killer’s mind that force him to execute such a crime. However, the play deals predominantly with the true meaning of forgiveness as an essential requirement in order for someone to be able to continue living.

The play, translated and directed by Avra Sidiropoulou, highlights Lavery’s innovative and sharp writing through the personal stories of the three characters – the mother, the paedophile serial killer and the psychiatrist – which are gradually connected with each other. The principal role of the play’s action is to probe into the inner self of each character, to explore what is real or imagined and to address to the spectators the meaning that the actual event holds when trapped within a disrupted memory. The play highlights – through its innovative theatrical form – the  violence that lurks behind many human actions, while simultaneously underlying the existential need for forgiveness. A strong cast establishes the play’s suffocating but simultaneously humane environment. 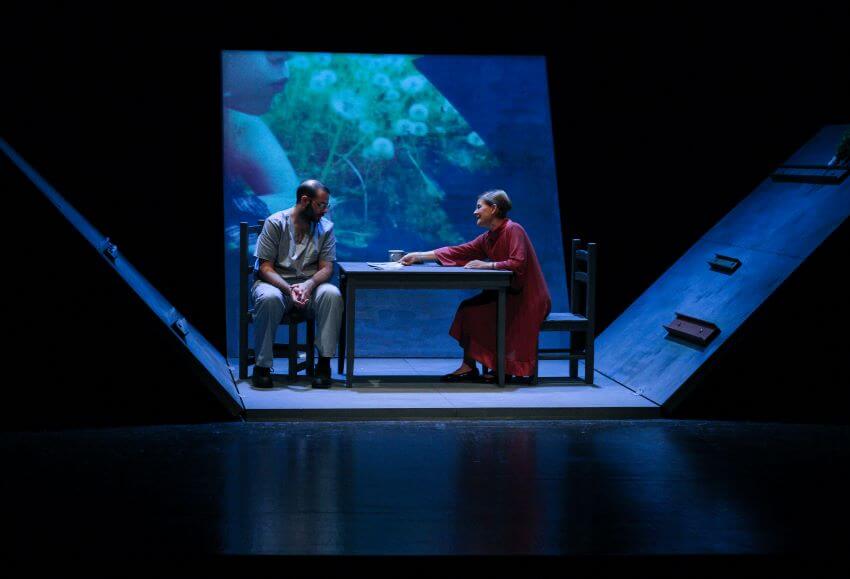