Eleni Is a Doctor of Philosophy, University of Athens (Dep. of French Language & Literature) with a Ph.D in French Theatre.
She is teaching “Dramatology” & “Theory of Theatre”, at the Open University of Cyprus in the Postgraduate Section (2013- ).
She has taught: "Analysis of literary texts", "History of European Theatre”, "Literary Theatre” at the Universities of Athens and Peloponnese, "Civilization" & "Literature of Latin America” at the Hellenic Open University, “Dramatology” at the Athens Conservatoire in the Theatre Graduate School.
She also worked as Dramatist at the National Theatre of Greece & other stages.
Eleni has translated from French & Spanish, drama, prose & poetry.
She has been attended -with scientific papers & speeches- international workshops & symposia of Theatrology.
She is writing critics & articles for the theater in newspapers & journals.
Founding member of the Center of Theatre Semiotics (University of Athens)
She is a member of ITI (International Theatre Institute), EASTAP (European Association for the Study of Theatre and Performance) and IFTR (International Federation of Theatre Research).
Guest editor in “Acotaciones” – Review of RESAD, issue 46, 2021 (Real Escuela Superior de Arte Dramático).
Eleni is selected to be a faculty member in the Scientific Committee responsible for the Research Project entitled “Mapping Crisis Theater on the Contemporary European Stage: Theatrical Representations of the Refugee /Immigration Problem, Global Terrorism and World Financial Crisis.” 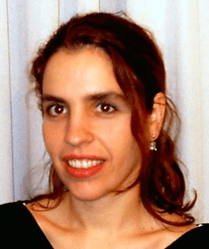