The play Seasonal by Avra Sidiropoulou was presented as a staged reading during the first cycle of the “Analogio Festival” at Allecton Theatre, Athens, in December 2005. It was performed by Greece’s highly acclaimed actors, Roula Pateraki and Costas Kazakos. Τhe text was published in the festival’s collective edition.

Seasonal deals with the story of two people who have shared a long life together and now find themselves on opposite sides. It’s a play about being alive and facing one’s mortality.

Seasonal takes place in a timeless, a-local space, during the course of two years. It follows the passing of the four seasons of the year, each of which punctuates a different phase of renewed contact between Mr and Mrs Brown, a ‘middle-aged ordinary couple’. When the play opens on an altogether delightful spring day, the two characters seem to have got back together after a period of some separation. When they begin to piece their past life together, all sorts of truths about the essential human condition, loneliness, mental and psychological conflict, marital disenchantment, sexual and familiar relationships come to the foreground. The seemingly more enlightened and rather cynical Mrs Brown is the one who argues for the freeing attributes of separation, while her husband, desperately clings onto her, struggling to prevent her from escaping him this time.

As the intensity of the struggle increases, the play takes on a broader metaphysical twist. The vitriolic exchanges between husband and wife, who often appear to inhabit a world of their own, give way to insightful declarations about the meaning of life and death, the futility of human existence and humankind’s frenzied and failed attempt to get closer to God, defying fear. 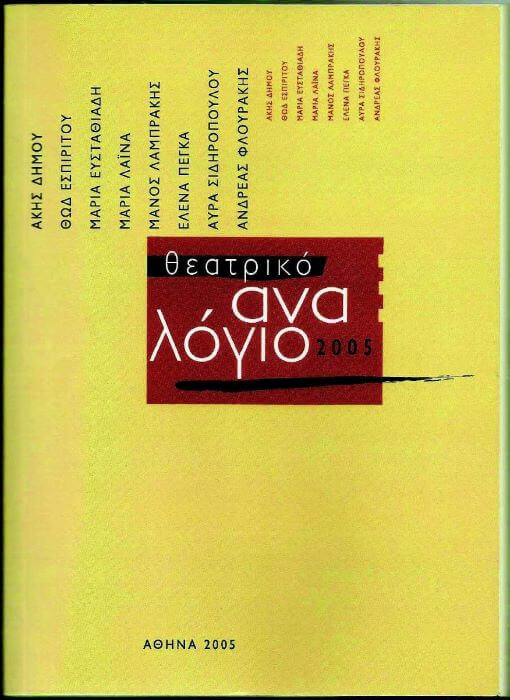