The poetic monologue Clytemnestra’s Tears by Avra Sidiropoulou was initially presented at Dipylon Theatre in Athens in April 2004, subsidized by the Hellenic Ministry of Culture. It was performed by the highly acclaimed, award-winning actress, Ms. Themis Bazaka. Clytemnestra’s Tears was first presented as a staged reading in New York City at the Donnell Library Auditorium as part of the Hellenic Literary Society series in the New York Public Library in September 2001. It was performed by Ms. Kristin Linklater.

The play was staged as a one-woman lamentation, based on a modern, yet universal view on the primal myth of the House of Atreus and the archetypical female character of Clytemnestra. It makes use of several elements of ritualistic theatre and creates a deeply visceral and highly visual spectacle that transcends linguistic barriers.

*The (solo) production Clytemnestra’s Tears was part of the official repertory of La MaMa ETC in New York City, in May-June 2007. It was funded by The Alexander S. Onassis Public Benefit Foundation, the Costopoulos Foundation and the Hellenic Culture Organization. It was performed in Greek with English supertitles.

Village Voice
“For anyone fortunate enough to catch the Persona Theater Company’s current production of Clytemnes a’s Tears at La MaMa, the temptation will be great to rank the Greek actress Themis Bazaka among that pantheon of thespians... Bazaka delivers a performance of jolting power and tear-streaked pathos. It’s a brave, brilliant spectacle, a portrait of rage as it shades irreversibly into madness.”
“The staging, also by the playwright, mixes avant-garde styling (a dripping-water soundtrack; quasi-abstract decor) with the stentorian formalism of a classical production. The result is appropriately timeless and surprisingly cohesive.”
“Channelling antiquity through a postmodern lens, the play would make ideal viewing in an open-space setting, like the Temple of Dendur at the Metropolitan Museum or the Fleischman Classic theater at the Getty Villa.”
“Raw almost to the point of bloody, Bazaka’s performance impacts like an elemental force. Watching her is like witnessing the origins of acting.” 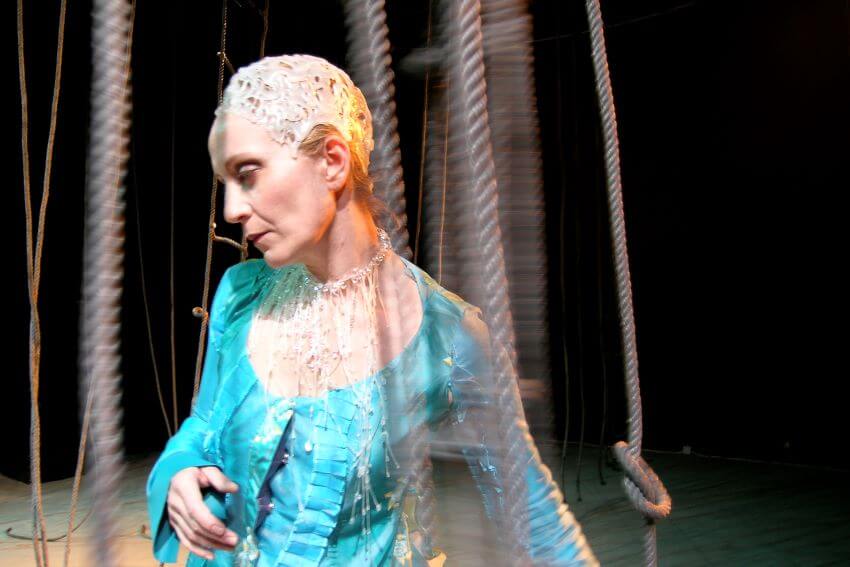