The multi-media performance LEFTOVERS/ MEMORIES ARE KILLING was based on Samuel Beckett’s novella The Expelled (1946). It was presented at the first Performing Arts Market in Thessaloniki, Greece, in June 2006.

The performance piece presented is a combination of narration (in both English and Greek), video projection and original musical score. The text records the attempt of the solo protagonist to recall in his memory and to consequently relive through it a day in his life. The performance revolves around the memories of an anonymous anti-hero, who reminisces about moments from his past, and in particular, from a given days in his life. The protagonist seems stranded on a timeless, a-local space, inviting us to follow.

The poetic narration is often interrupted by intense images of memory (as projected on the video screen) and chronologically traces the events that followed the narrator’s “expulsion” from his latest abode. Ultimately, LEFTOVERS/ MEMORIES ARE KILLING is a journey into time, where reality blends with illusion, through the delirious language of the text.

With moving touches of humor, the performed guides us gradually from the foreign and the unfamiliar, to the common and inexorable element of the inescapability of human fate. 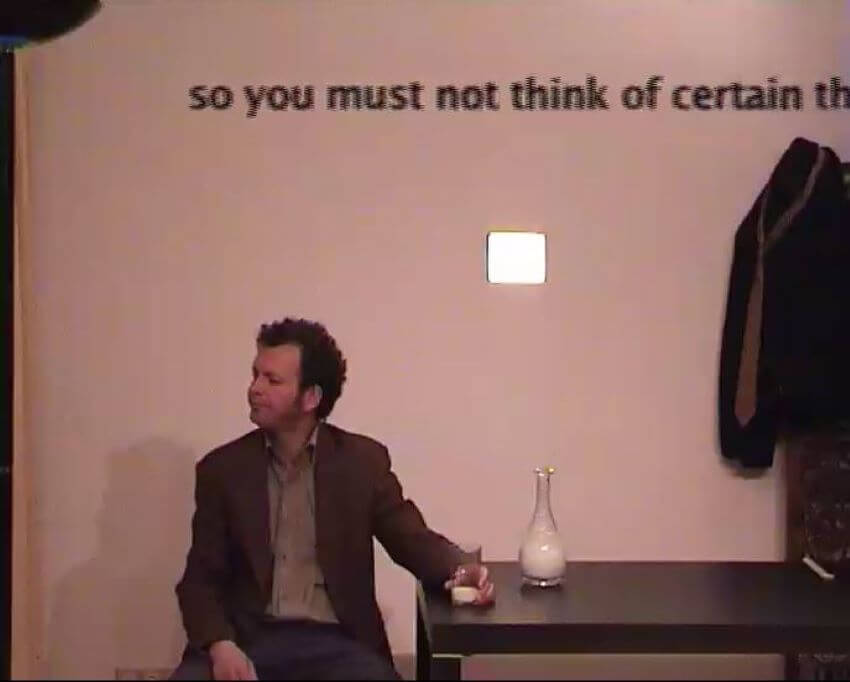