The triptych-trilingual production of Clytemnestra’s Tears is a follow-up to the Greek production of the one-woman play by Avra Sidiropoulou, which was presented at Dipylon Theater in Athens and was staged for only 7 performances at Tiyatro Oyunevi İSM 2 in Istanbul in June 2004.

This tri-lingual project envisioned by Persona Theater Company brought together a Greek, a Turkish and a British actress and was funded by the European Union within the framework of the Micro-Project Programme for Turkish-Greek Civic Dialogue. The role of Clytemnestra was performed by Themis Bazaka (Greece), Derya Durmaz (Turkey) and Kristin Linklater (U.K.). The performance was directed by Greek director and playwright, Avra Sidiropoulou.

The production created a synthesis of three different manifestations of the character of Clytemnestra, as she moves through time and memory and as these emerge through the distinct expressive power of each of the three participating languages-cultures, as well as the idiosynchracy and acting idiom of the performers. The varying interpretations of the three performers (on stage simultaneously) served to highlight the universality of human emotions across cultures and ages.

In addition to the theatrical production, a series of workshops and discussions were organized by Persona Theater Company and Bogazici University the days of performances. They concerned the ability of ancient myth to unite individuals in overcoming cultural prejudice. One workshop and two colloquia were held at Bogazici University in Istanbul, with a view to instigating constructive dialogue between the participating countries on issues of women’s awareness and cross-cultural understanding, among others, as well as promoting cross-cultural collaboration and exchange of artistic know-how. The project reached out to a wide range of target groups including the artistic, academic, cultural, women’s, student, entrepreneurial and other communities from both Turkey and Greece.

*The production was part of the official program of the 40th International Dimitria Festival in Thessaloniki, Greece, in September 2005. 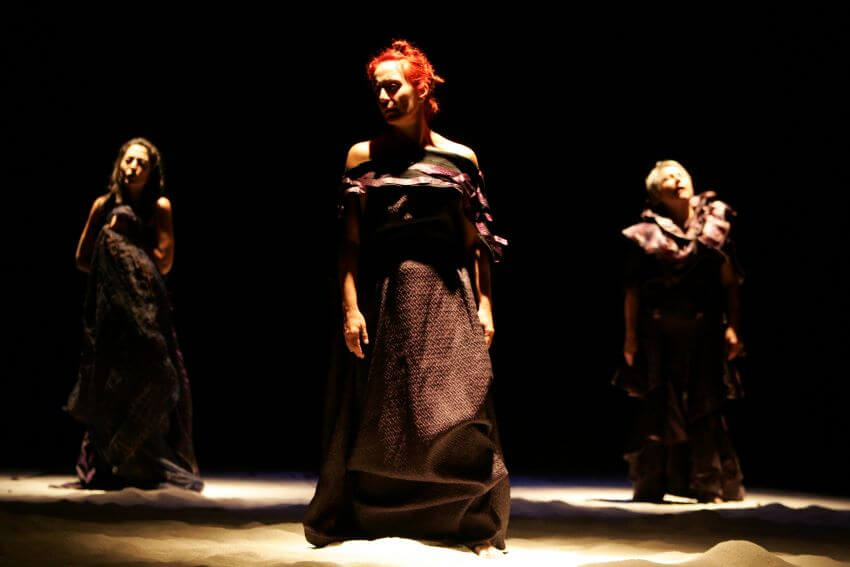