Stephen Berkoff’s one-act play Lunch was first presented in Greece by Persona Theatre Company at Dipylon Theatre in Athens in February-March 2005, sponsored by the Hellenic Ministry of Culture.

The play re-evaluates the ability of experimental theatre language to express the ultimate mental and psychological alienation of people today. A man and a woman meet on an unnamed beach, exchanging experiences and emotions about a life that they gradually ask to live through each other.

Lunch is a timeless play, dealing with issues of love, companionship and loneliness, and generally confronting the existential questions that torture human beings. It is also a very modern play, written with a biting sense of humor, tenderness, as well as cynicism. 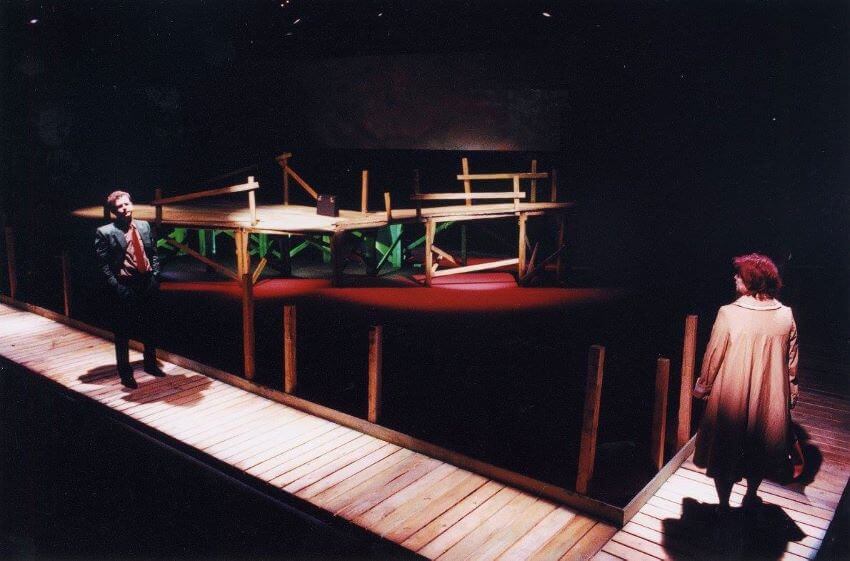