Katia Makrykosta is the founder and head of Homo Ludens organization, an ecosystem for the development of urban dramaturgy activities and games based on mixed reality technologies. Homo Ludens combines actions of performing arts and organized walks and games in the city and the wider public space.

Katia holds a Theater Studies Master’s Degree from the Open University of Cyprus in the field of Acting and Directing concentration. Her thesis, entitled "Searching for Homo Ludens, a participatory performance about life as a form of a game", examines the challenge and the participation of the audience in an act where the "playful" aspects of life itself as a perpetual adventure are highlighted.

She also holds a BA degree in Business Administration from the University of Applied Sciences of Thessaly and a BA in Greek Civilization Studies at the Hellenic Open University. She studied Theater in Education and Drama Games at Imera Theater under the supervision of Lakis Kouretzis. She is also certified as a children educator on Aesthetics (Certifying Body: University of Crete) and as an adult (Certifying Body: National Organization for the Certification of Qualifications & Vocational Guidance).

Currently, she is a member of the Persona Theater Company and works as a theater educator in public and private institutions:  Among others, since 2016 she teaches at the Nursery School "zografizo" for which she has created the "Drama Games and Book Creation" project. Since 2015 she has cooperated with the Teachers Association of Athens “o Aristotelis”, mentoring educators in theater education, drama games and performance.

In June 2019 she created a pioneering art project combining performing and applied arts with the participation of all the Departments of the AKMI Vocational Training Institute, which culminated in a theater performance titled “I am Pinocchio” that was staged at TRIANON theater, adapted and directed by herself.

Finally, besides her teaching duties, she has organized and directed more than 200 educational programs, performances and drama games and she has many years of experience in creating and organizing artistic events that combine contemporary art forms. 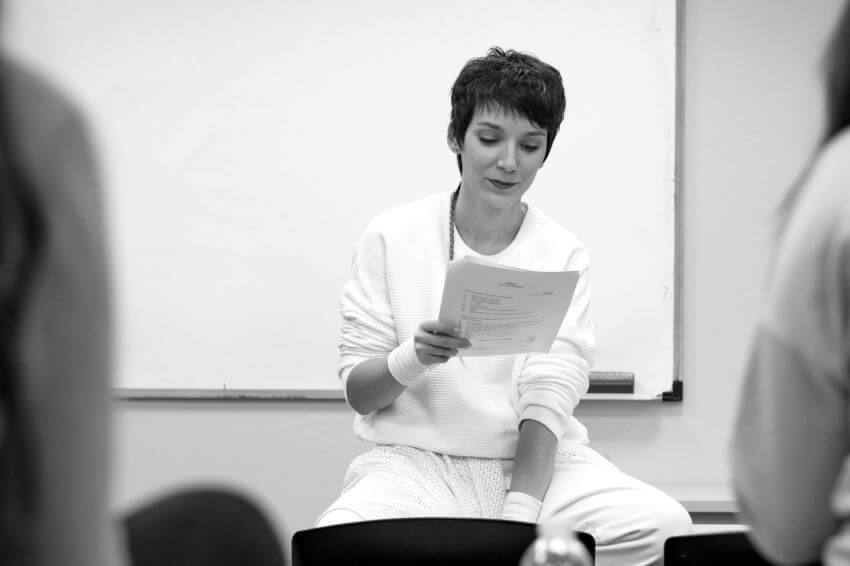